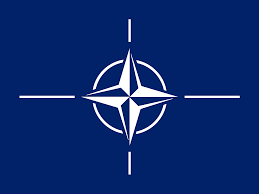 The NATO Decision and Turning the Sled in Finland’s History

In American English the idiom “to turn on a dime” means the ability to change directions instantly. The Finnish equivalent phrase is “to turn the sled (kääntää kelkka).” The Finnish version tends to imply more a person’s or a community’s immediate change in direction from strongly held convictions. The American phrase can be applied to people and machines.

Turning the sled is an important figure of speech to keep in mind when investigating independent Finland’s history. Despite Finland’s self-image and international reputation as a country with stable and predictable politics, change in Finland—especially in respect to foreign policy—often has come in quick diametric turns of the nation’s sled.

The latest example of this was Finland’s decision to seek membership in NATO, a topic I wrote more about in a previous blog entry. As late as January 2022, only about a quarter of Finns polled supported membership in the military alliance. Official foreign policy since the early 2000s maintained an option to join NATO, but few seemed interested in exercising it. When the current coalition government was constituted in 2019, only the smallest of the five parties, the Swedish People’s Party, supported NATO membership. In his time as president since 2012 President Sauli Niinistö has often stated that he wanted NATO to become more “European” before Finland would join.

All of this was before Russia’s attack on Ukraine on 24 February 2022. Immediately Finland turned the sled in respect to Russia. People who opposed NATO membership before the invasion now are doubling down on membership in NATO. People are running away from a policy of neutrality that was for decades supported overwhelmingly throughout society. People who cannot run fast enough risk getting blackballed.

History does not repeat itself. If it were the case that indeed today repeats yesterday, we would still be in the Stone Age. We can uncover patterns from the past and ask why. The events of the last three months in Finland share patterns with many other turns of the national sled. All of them have to do to varying degrees with relations with Russia. In the fall of 1917 The Grand Duchy of Finland, still a part of the Russian Empire, was led by nonsocialist political parties that opposed a unilateral declaration of independence from Russia. These parties wanted to negotiate a new relationship with Russia. When the Bolsheviks took over on 7 November 1917, the same nonsocialist parties then unilaterally declared national independence on 6 December 1917. The upshot of this turning of the sled was that Finland’s government quickly learned that few countries were willing to recognize Finland’s independence until Bolshevik Russia did. At the end of December, a Finnish delegation in St. Petersburg received from Lenin recognition of Finland’s independence.

Another quick turn was to happen less than a year later. After a short and bloody civil war in the first half of 1918, Finland’s government, now backed by Imperial Germany, looked for a German prince to serve as the country’s new monarch. Parliament elected Frederick Charles of Hesse king on 9 October 1918. The new king never made it to Finland and Finland never became a kingdom. Germany sued for peace in World War I on 11 November 1918. Not wanting to be caught on the side of the losers, the political establishment quickly jettisoned Frederick Charles and moved toward a republic, a course with the aim of improving Finland’s relations with the winners of World War I. A republican constitution was completed in July 1919.

The next turn came in the summer and fall of 1944. Finland participated in Germany’s invasion of Russia in 1941 to regain lands lost in the Winter War of 1939. With Soviet troops now pushing into the Karelian Isthmus in the summer of 1944, Finland’s leaders decided to leave the war. In an emergency meeting Finland’s Parliament on 4 August 1944 elected the country’s commander-in-chief, Marshal Carl Gustav Emil Mannerheim, president of the republic. The man charged with leading troops into battle was now charged with leading the country into peace. In September 1944, Finland sued for peace with the USSR. In order to meet one of the conditions of the peace, Finland declared war on Germany. The war with Germany consisted of evicting German troops stationed in northern Finland. In its eight-month long withdrawal into Norway, German troops burned Finnish Lapland to the ground.

The next immediate turn occurred on 19 August 1991. On that day Mikael Gorbachev was overthrown in a coup. Even though the coup lasted just fours days, Finland’s leaders, many of whom for decades had hitched their political fortunes to the wagon of appeasing the Soviet Union, decided that now was the time to leave Moscow’s power-political sphere of influence. In January 1992 Finland applied for membership in the European Union. Before the coup attempt and the subsequent end of the USSR in December 1991, membership in the European Union (then the European Community) did not command a majority in opinion polls, much like support for NATO membership had been before the Russian invasion of the Ukraine.

So what can one learn from this pattern of quick turns? There are several. First, a small country has to be agile to survive, especially when it is the neighbor of a great power. Second, Finland’s place in Europe has been and will continue to be to a great extent determined by what happens in Moscow. Third, the public quick turnings of the sled examined here often were preceded by work either in the background and or completely behind the scenes. For example, Finland has had widespread cooperation with NATO since the 1990s. Finnish troops have participated in NATO operations ranging from Kosovo to Afghanistan. While Finns have been rejecting NATO membership for decades, at the same time they have taken steps that have made applying for membership a seeming matter of course. Marshal Mannerheim’s election to the presidency in 1944 was made possible by his predecessor Risto Ryti, who personally promised the Germans that he would make no separate peace with the USSR. When the time came to negotiate with Moscow, Ryti left without having tied the hands of his successor.

These turnings of the sled have created deep trench-like skids that have made it difficult to master Finland’s past. In other words, these turns have been made not only by breaking with past, but also forgetting it. It was not until the 1960s that the events of 1917-18 started to be widely discussed. Some Finnish historians as well as much of the general public still refuse to use the word “ally” to describe their country’s wartime relationship with Nazi Germany, hiding behind the legal fig leaf that Finland and Germany never signed a formal alliance. Discussion concerning the Cold War era aims tends more to indict individual lackeys of Moscow than to examine why an entire country bought into a policy of appeasing Moscow. Time will tell what kind of trenches the current turn of the sled will create to separate us from Finland’s past.