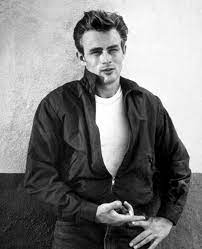 Sometime in the months before I left for Finland in 1982 I read a story in National Geographic magazine about Helsinki. In the article was a picture of some teenage boys talking to a policemen. The boys were dressed in jean jackets and had duck tail haircuts. The caption of the picture stated that Helsinki had several youth subcultures. The two biggest groups were the punkers and a group known as the diinarit, people who modeled themselves after the American actor James Dean.

When I arrived in Ylivieska in the fall of 1982, I did not see any punkers; there were many diinarit at my school. What interested me then and now is how an American actor who died over a quarter-century earlier could make such a huge impact on Finland’s youth without making a similar impact on their American counterparts. An unstudied field in the history of American culture concerns American cultural figures who became more popular in certain countries than in the United States. Most Americans know that while the French stereotypically have a condescending view of all things American, they also love Jerry Lewis movies. Most Americans do not know that while David Hasselhof was starring on Baywatch he was also a singing superstar in Germany. During my year as a high school exchange student I in a figurative sense mortally wounded a classmate of mine by informing her that none of my friends in America had ever seen a James Dean movie. I barely knew who James Dean was until I came to Finland.

The reason for the genesis of this cult of James Dean in Finland is unclear and a question I consider when I need distraction from other research projects. There does not seem to be a magic moment, such as when Paul Anka performed at Helsinki’s Linnamäki amusement park in 1959. The middle to late 1970s was a time of 1950s nostalgia worldwide. In the United States the best-known example of this were the long runs of 1950s-themed television series such as “Happy Days (also seen on Finnish television),” “Laverne and Shirley,” and in a more serious vein “MASH.” In Finland as in many other parts of the Western world 1950s-inspired rockabilly music became popular. The choice to show James Dean movies was made by a handful of people who imported movies. James Dean’s movies were shown in theaters and on television in the 1970s. Youth magazines promoted the Dean cult heavily. Decades after the end of the diinarit he Finnish Broadcasting Company YLE has Dean’s movie “East of Eden” on its Areena free streaming service.

For the diinarit the confederate flag meant rebellion. While the punk movement rebelled against the growth of capitalism and established conservative institutions, diinarit rebelled against a Finland that since the 1960s had been on a steady drift leftward in domestic politics. Official foreign policy aimed to appease Soviet power. Nationally the school system had just been reformed by officials who took inspiration from the East German school system. The strong anticommunist stand of the diinarit was made clear to me on one of my first weekends as an exchange student when I encountered at group of diinarit at a dance at the local swimming hall. These rebels with a cause gave me an alcohol-fueled demonstration of their hatred of communism and of Soviet leader Leonid Brezhnev (Brezhnev actually died a few weeks later) and their love of the United States, a country they had never been to. The culture wars that Finns often think are a more recent development were going on in the depths of the Cold War.

As a historian I find the case of the cult of James Dean very interesting. I collect unsystematically material about the group but have not yet had the time or opportunity to do a full-fledged research project on it. It might end up being a project I do in retirement. Feel free to contact me if you have memorabilia or memories of the diinarit. In the meantime, I should see at least one of Dean’s three movies. For years after my year as an exchange student, I pointedly avoided them.