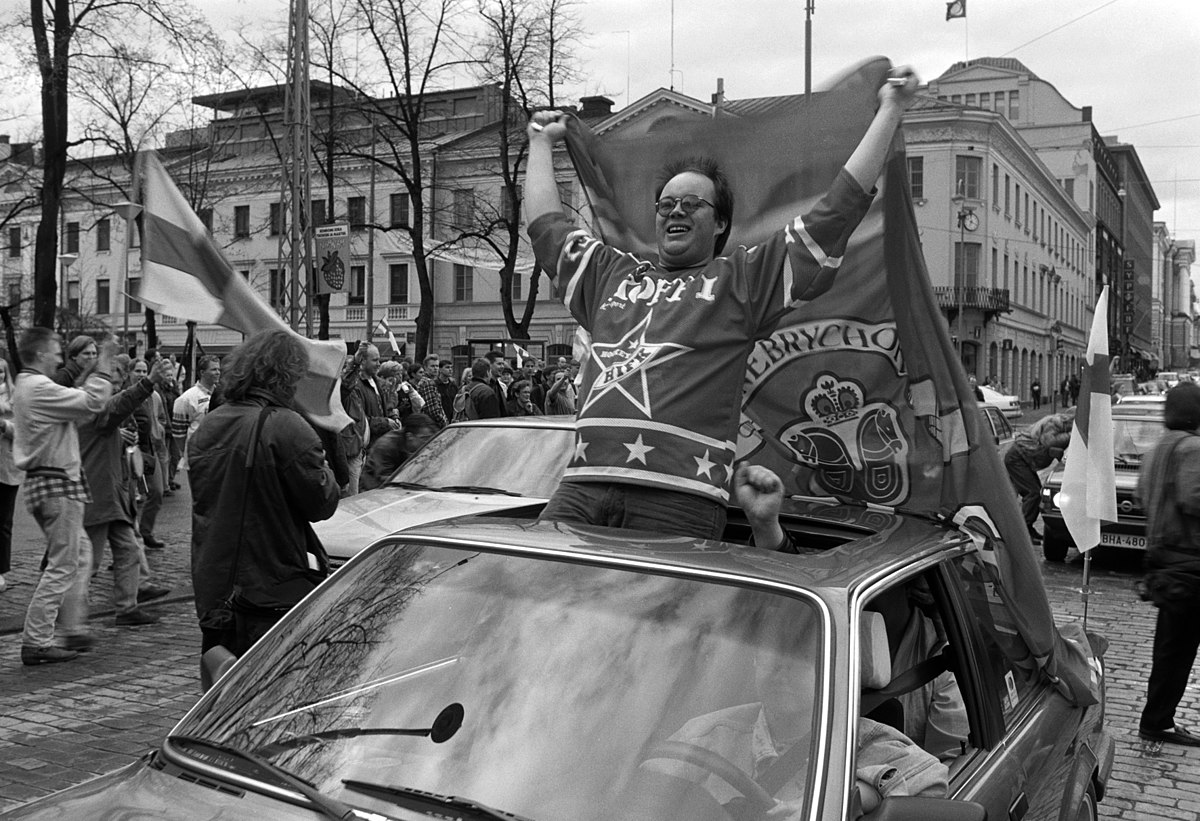 This concluding year 2020 has upended the lives of virtually every living person on earth. In all too many cases the upending resulted in death or long-term illness. Many lost their jobs. Educations have suffered. The trust in institutions that has been on the decline for decades went into freefall in many countries. The pandemic has revealed the vulnerabilities of all individuals, communities, nations, and our collective world. Another pandemic is just a matter of time. Will we learn from this one?

In terms of my Finnish history, I will remember this year 2020 as one in which I was not able to spend any time in Finland. Plans for research and teaching trips were made only to be canceled several times on account of Covid-19. During the pandemic I have frequently thought of 1995. Before this year, 1995 was the last in which I did not spend any time in Finland. It was one of the country’s most momentous years in the twentieth century.

The significance started on the first day of 1995, when Finland joined the European Union. This moment had been in the making for several years. The end of the Cold War forced not only Finland but also other Western European neutrals to reconsider their place in Europe. In January 1992, just days after the collapse of the USSR, President Mauno Koivisto proposed Finnish membership in the European Union. After approval by the Cabinet and Parliament, Finland opened accession talks with the EU. After completion of the accession treaty in 1994, 56.9% of voters in a consultative referendum approved membership. Parliament then approved membership 152-45. On 1 January 1995, Finland, along with Sweden and Austria, joined the European Union.

Many supporters of EU membership shared opponents’ concerns about Finland’s future in the union. Many feared that Germans and other foreigners would buy up the country, especially its summer cottages. Agriculture, heavily protected and subsidized, would face greater competition from other European countries. How much national sovereignty would be lost to the EU? Would Finns have to sacrifice their welfare state? Despite these fears, a majority of Finns embraced EU membership for two major reasons. First, membership could open new markets for a depressed economy. This Finnish depression is mentioned in a previous post. Second, membership promised to enhance national security in respect to a chaotic post-Soviet Russia without joining NATO.

From the standpoint of 2020, it appears that popular support in Finland is stronger than ever. Surveys over the last few years indicate that as many as 65-70% of Finns support EU membership. While indicative of majority support, opposition is suspected to be higher because of an unwillingness of opponents to express their views in surveys. Annual surveys by the Finnish Business Forum (EVA) since 1995 indicate that since 1995 support largely fluctuates 40-50% while opposition 20-30%. Moreover, membership has faced challenges in times of crisis such as in the economic crisis of 2008-2010 and the refugee crisis of 2015. Both events and their aftermaths contributed to the anti-EU and anti-foreigner Finns Party’s election victories in 2011, 2015, and 2019. Despite this opposition, I will be very surprised if in 2045 Finland is no longer in the European Union.

In March 1995, Finland had parliamentary elections. Since 1991 the country had been ruled by a nonsocialist government, the first of its kind since the 1930s. Since the late 1930s all of Finland’s majority governments had included socialist and nonsocialist parties. The nonsocialist government under Prime Minister Esko Aho aimed to pull Finland out of its depression. The government did so by a policy of austerity and selected tax cuts to spur economic growth. Like many governments that come to power in such economic situations, this one did the hard work without living to see the results. By 1995 Finns were tired of austerity and returned the Social Democratic Party to its long-standing position as the country’s largest party. New Prime Minister and SDP chair Paavo Lipponen formed a “rainbow government” with parties on the left including his party and the Left-Wing Alliance to the Greens, the Swedish People’s Party, and the conservative National Coalition Party. This coalition would rule Finland until 2003. The economy grew out of the depression and the government was thus able to alleviate the pain of austerity. But in many ways there was no return to the pre-depression world. Income equality would never return to pre-depression levels. Many of those who entered the labor market got jobs with less pay and less security. Older workers found it harder to find employment at all, a problem that the current government like previous ones is trying to solve. Many outsiders today who see Finland as a great model of social justice compare it to other countries, not the Finland of thirty years ago.

Then in May 1995 another historical milestone was reached: Finland’s national hockey team won for the first time the World Ice Hockey Championship. For North Americans, this annual tournament is overshadowed by the National Hockey League’s Stanley Cup Playoffs happening at the same time. For European hockey, this tournament is the climax of the hockey season. Led by a Swedish coach, Finland beat Sweden 4-1 in the gold medal game in Stockholm. Winning the championship for the first time was one thing, winnning against a historical rival was another, winning it in the rival’s home venue was yet another.

I see 1995 as an opening to a long decade in which Finland opened itself up to the world, and more importantly, Finns opened Finland to themselves. In 1996 a black woman, Lola Oudosoga was selected Miss Finland. In the year 2000, Finland elected Tarja Halonen as its first female president. In 2003 Paavo Lipponen was replaced by the chair of the Center Party, Anneli Jäätteenmäki, the country first woman prime minister. Scandal forced her to resign after 68 days in office. In 2006, Finland won the Eurovision song contest with Lordi, the over-the-top ensemble of heavy metal monsters. This period of breaking barriers ended around 2008 with the crises of the European and world economy as well as the worldwide backlash against globalization and increasing pluralism that is still with us today.

For those of you interested in the Finnish tradition of the Christmas Peace, my colleague Mia Korpiola has written about it in a blog posting in Finnish and English. Have a look.