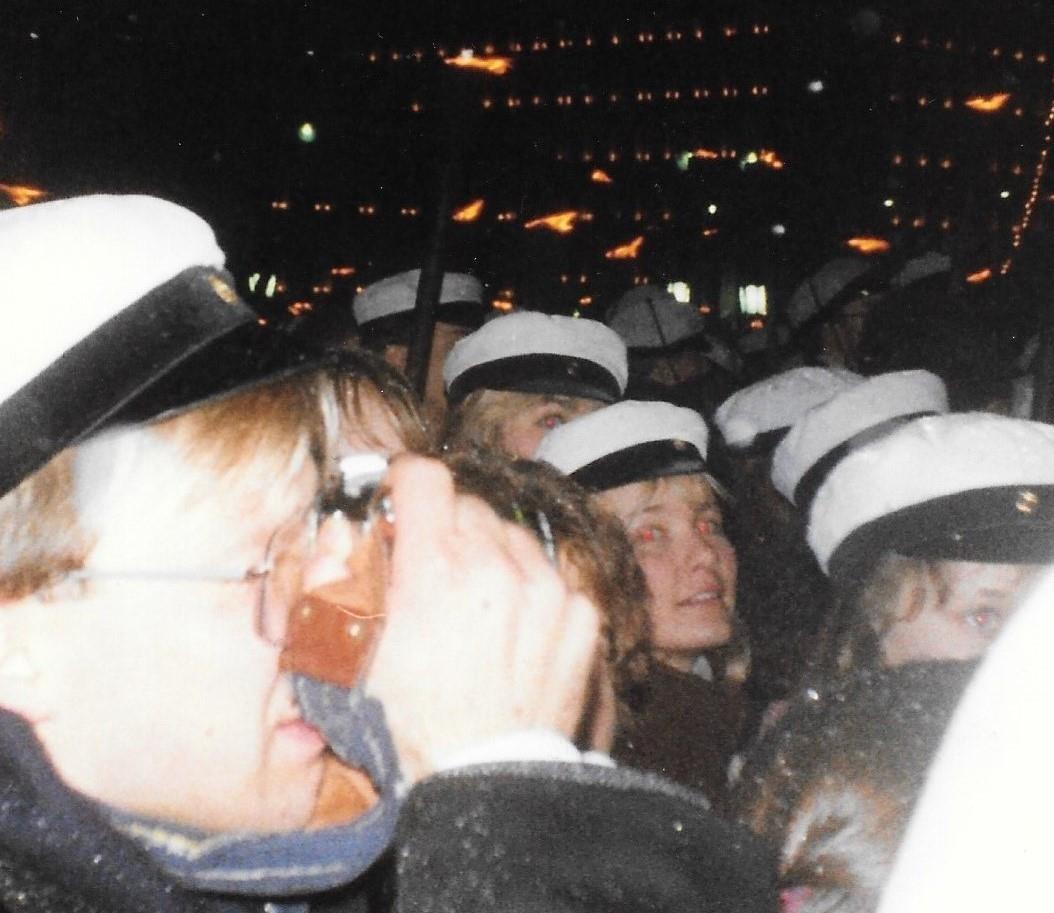 On Sunday 6 December Finland will recognize 103 years of independence. This year’s celebration will certainly will stand out in national memory for years to come. No ball at the Presidential Palace. No traditional student marches through the streets of Helsinki. Even the far-right ultranationalist marches that have become such a visible part of independence days over the last decade are canceled.

One of the large narratives I see in Finland’s history as an independent country is one of paradises gained and lost. In this blog post I will focus on the years since I first came to Finland.

As I touched on in a previous post, the 1970s and the 1980s were a period in which Finns achieved a sense of unending prosperity. The wood products industry led the way. Industries ranging from shipbuilding to Rapala lures found foreign markets. Industrial peace and broad distribution of national prosperity was advanced by close cooperation between business, labor, and government. Finland caught up with its Scandinavian neighbors in creating a comprehensive welfare state. Trade with the USSR guaranteed markets for many Finnish businesses. By the mid-1980s there was a strong sense that Finland was a “completed” country and that to be born in Finland was to have “won the lottery of life.” I remember in the summer of 1986 reading an interview with Väinö Linna, Finland’s most influential writer of the postwar era, in which he expressed his opposition to Finland accepting refugees. Finland was a “completed” country he said. These outsiders would just mess it up. He represented a widespread if not majority view at the time.

This paradise collapsed starting in 1989. In a nutshell, paradise was lost because of a quick and not well thought out deregulation of the banking industry that encouraged Finns to take on debt. In particular businesses took out debt in foreign currency using the strong Finnish mark as a hedge. Then a perfect storm occurred: in the second half of 1989 the bubble in real estate and stocks broke. At the same time, Finland’s overvalued currency and rising labor costs were rendering exports less competitive in world markets. In 1991, Finland lost one of its largest trading partners with the collapse of the USSR.

In this gloomy economic situation, people and businesses rushed to pay off their debts by selling their assets. This further depressed the price of real estate and stocks.  Individuals could not get out from under their debts. Heavily indebted businesses began to eliminate jobs and file for bankruptcy. Bad loans pushed many banks to the brink of insolvency. Traditionally, Finns responded to such economic downturns by devaluing the mark as a means of making Finnish export goods more competitive abroad, thus spurring employment at home. Devaluation in this situation threatened to depress the economy more since so much debt was in foreign currency. A devalued mark would make paying off debts in foreign currency even more expensive. With unemployment increasing to record levels, the government under Prime Minister Esko Aho in November 1991 approved a twelve percent devaluation. In September of the next year, the mark was allowed to float freely on world markets without intervention from the Bank of Finland, resulting in a de facto devaluation.

In the midst of this lost paradise, another one was being created. The government of Esko Aho (1991-1995) cut government spending heavily in order keep the social costs of nearly twenty percent unemployment from bankrupting the country. But it made increased investments in the new information economy. The Aho government understood that while the depression would someday end, the industrial jobs lost would not return. A bet was placed on Finland’s small but innovative information technology sector by investing public money in research and development.

The engine that would pull this new economy was a firm that when I came to Finland in the early 1980s was known more for producing toilet paper and tires than electronics—Nokia. From about 1995 onward Finland’s new paradise was driven by Nokia and many other companies in the information technology field. In the year 2000, Nokia was ranked fifth among the world’s ten most valuable brand names—the only non-American company on the list. By the year 2006, Nokia’s total turnover was more than Finland’s state budget. By 2010 Nokia had to start competing with new Asian companies such as Samsung. The bigger problem was Nokia's first dismissive, then slow, and ultimately unsuccessful moves to adapt to new touchscreen technology pioneered by companies such as Apple. By 2013 Nokia had sold off what was left of its mobile telephone business.

Finland’s current version of paradise is not based on agriculture, industry, or wireless technology. It is based on the newest growth industry—branding.  Over the last ten years Finland has managed to brand itself as a paradise in education, equality, and social justice. A large segment of the world’s population hungry for a more equitable world have looked to Finland as a beacon of hope. Schools are filled with foreign visitors. News organizations such as the BBC have focused on Finland’s achievements in gender equality.

On this Independence Day in 2020, I am concerned that this current paradise will collapse under the weight of the same kind of national hubris that ended previous ones. While branding is often correctly seen as superficial and manipulative, the values behind Finland’s brand—social justice, equality of opportunity, rule of law, gender equality—are substantial and should be enduring. They only endure if people are ready to defend them rather than expect that the trend toward a less equal world will never reach Finland. While Finland’s brand has grown, so have economic disparities and educational problems. The collective will to advance social justice has weakened, especially since the advancement of social justice now means including people whose ancestors are not from Finland. The part of the population that wants to jettison the values behind Finland’s brand is growing. According to the most recent polls before Independence Day 2020 the far-right Finns Party is the most popular party in the country. This party has been able to increase its support by exploiting xenophobia and a desire for a less socially cohesive society. This party has made its support clear to increasingly authoritarian governments in Poland and Hungary.  Many of the policies and ideas of the Finns Party are shared by people who currently do not support it in opinion polls.