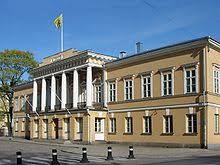 November 6 in Finland is Svenska dagen, or often rendered in English as Swedish Heritage Day. This day recognizes the little over five percent of the population that speaks Swedish as its first language. The date of November 6 was chosen in 1908 in honor of King Gustavus Adolphus (1611-1632) who died on this date in 1632 on the battlefield of Lützen, Germany in the Thirty Years’ War (1618-1648).

The relationship between Finland’s linguistic majority and minority is often seen as a model for other multilingual countries. Linguistic strife has never pushed the country to the brink of dissolution, such as in Canada or Belgium. The minority has never felt it necessary to use violence to protect or advance its rights. While peaceful, the relationship has historically been complicated, often for reasons that are not evident on the surface.

Finland was a part of the Swedish kingdom from the twelfth century until it became part of the Russian Empire in 1809. Despite hyperbolic discourses of Finnish victimhood at the hands of the Swedes, Finnish was able to survive into the twentieth century and become an official language of an independent state in part through efforts of Swedish speakers. In the sixteenth century, Mikael Agricola, a Swedish speaker, created the basis for Finnish as a written language. In the nineteenth century, the movement to make Finnish the primary language of the Finnish nation was first led by J. V. Snellman. Snellman called on his countrymen to use Finnish. In an example of do as I say and not as I do, Snellman made his exhortations in Swedish. The deference to the Finnish language among Swedish speakers today is expressed by the old saw that if there are nine people speaking Swedish with each other in a room and a Finnish speaker walks in, the conversation changes into Finnish. People of both language groups are required to start learning the other official language starting in seventh grade. Many start earlier.

The language conflicts stemmed from the growth of nationalism in the nineteenth century. Nineteenth century nationalism called for a nation to have one language. It is over the country’s schools where the language conflicts between have been most ardently fought, even into our own time. In the nineteenth century many Swedish speakers in the educational administration of the country blocked attempts to channel public funds into Finnish-language schools, even after Finland’s ruler Emperor Alexander II of Russia made Finnish co-official with Swedish in 1863.  Until well into the nineteenth century, Finnish speakers, such as Finland’s national author Aleksis Kivi, had to attend Swedish-language schools to get any education. After independence in 1917, the question of language at the country’s one university in Helsinki University drove partisans in the two language camps to found monolingual universities in Turku: the Finnish-language Turun yliopisto and the Swedish-language Åbo akademi. Both institutions operate today with a great deal of cooperation that would have been unthinkable in the 1920s. The debate in the 1920s and 1930s around Helsinki University centered around whether the university should have only Finnish as a language of instruction or both official languages. Only at the end of the 1930s when Finland was facing the threat of war was the problem resolved with Helsinki University being officially bilingual but in practice a Finnish-speaking institution in which instruction in Swedish was protected, especially in fields such as law and medicine.

The tension between the two language groups in the twenty-first century has been the requirement that Finnish-speaking students learn Swedish starting in the seventh grade at the latest. Well into the 1980s this was not a source of conflict for several reasons. During the Cold War era Sweden played an outsized role for Finns looking for opportunities abroad. In the years 1968 and 1969 Finland's population decreased because of outward migration to a Sweden suffering from a labor shortage. The Finnish-speaking population bought into the national consensus that bilingualism enriched the country. Also, and this is often not recognized, until the 1990s Finnish speakers seeking higher education had to learn two foreign languages in addition to Swedish—English and one other. Most Finns chose German, a language related to Swedish and English. Since the 1990s language requirements have been reduced, contributing to an environment in which English is considered the only language worth learning.

Much of the organized opposition to “compulsory Swedish” as its opponents call required instruction in Swedish comes from the far right. This fact along with the role of the Swedish People’s Party as a desirable partner for more moderate parties seeking to a governing coalition has prevented any serious move to eliminate Swedish in Finnish-language schools. The Svecophobia of the far right aside, there are more reasonable questions raised concerning the future of obligatory Swedish classes. What other country in the world forces its children to learn two national languages, neither one of which is even remotely a world language (compare French and English in Canada)? Why learn Swedish when Finns under the age of fifty are more likely to use English in their dealing with Swedes and the other peoples of the Nordic countries? Where else does ninety-five percent of the population have to learn the language of the remaining five percent? Why should Finnish speakers learn Swedish when Finland’s Swedish speakers increasingly seem to accept the country’s new bilingualism—Finnish and English or the new monolingualism—just English?

These are not easy questions to dismiss or answer, especially in our times when any academic subject taught in schools has to be seen as economically useful in the immediate term. In 2014 I addressed Finland’s Swedish-speaking historical society Historiska föreningen and predicted that by 2024 Swedish will no longer be a requirement in Finnish-language schools. I will now move that prediction to 2030. I can only answer the question as a historian and has someone who has benefitted from learning Swedish. Until the late 1800s, the written artefacts of Finland’s past are largely in Swedish. What will happen to the country’s sense of its own past, its sense of self, if its people are not given at least the opportunity to learn the language of their past? National unity has benefitted from both communities learning the other’s language. Code-shifting is common in bilingual communities. These are benefits Snellman probably did not consider when he told his countryman to cease speaking Swedish.

I wrote much of this posting in my mind before seeing that my buddy Minna Franck also blogged about Svenska dagen this week for her blog Finnwards. Check it out.